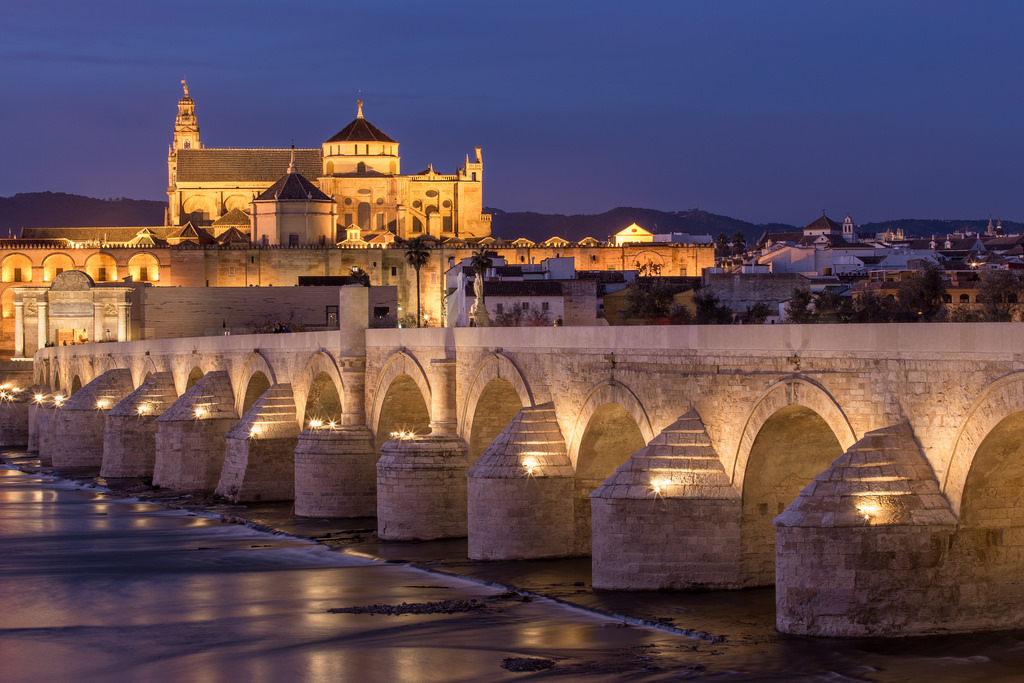 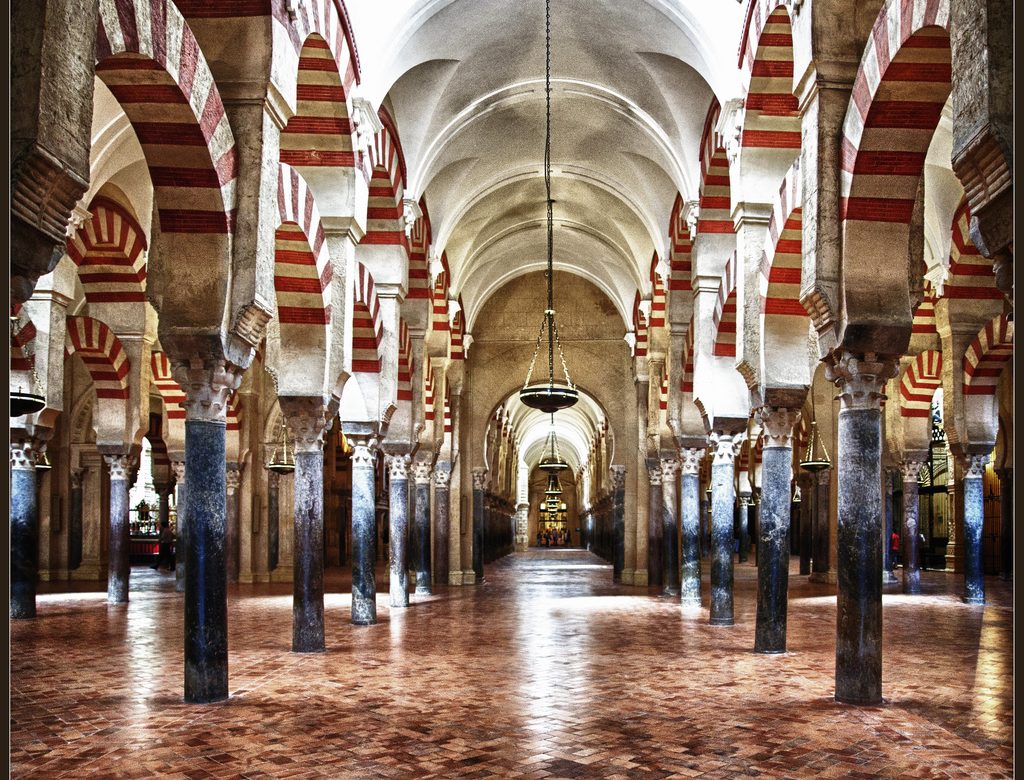 Where has the time gone, you sometimes wonder. Especially when you think about the wonderful travels you’ve made throughout the years. One of these wonderful travels, I have made in the early years 2000 together with my wonderful wife who is still bumping and jumping around in my life. It must have been one of our first trips that we made together… and the destination… that was the breathtaking Andalusia or Andalucía in Spanish. Without a daughter and without a dog, we took the plane to Malaga to start our ‘ Vuelta de Andalucía ‘ with a rental car and a tent. It was a Vuelta to never forget and a Vuelta that made me write the following articles about Andalusia. Lots of reading and travel pleasure! Hasta pronto! 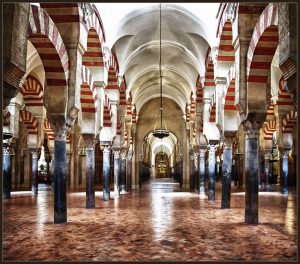 Visitors may be surprised, but Cordoba is the 10th largest city in Spain with around 320,000 inhabitants. Yet the city has the atmosphere of a provincial town built around a historic center with an exceptionally beautiful Mezquita, the Grand Mosque of Cordoba. However, the city has much more to offer than just the mosque and for many people this city is the highlight of their stay in Spain. Cordoba is also so much more than just churches, palaces, monuments and museums. It is a very special place where you can spend a day or two walking through the authentic streets, relaxing in its beautiful gardens and enjoying a delicious range of food and drinks in its many bars and restaurants.

Cordoba is built and shaped thanks to its more than 2000 years old history; The Romans, the Visigoths, the Jews, the Moors and then the Spaniards have all influenced the current Cordoba making it one of the most memorable and interesting cities in Spain. Cordoba started as a small settlement in 169 B.C., with Greek and Punic influences, of which you can find remnants in the archaeological Museum of Cordoba. Under the governance of the Roman Governor Claudius Marcelus, the settlement grew into a real city where, in particular, trade, mining and olives were the basis for success. Today there are still the Roman El Puente Romano, the Roman theatre and the Roman walls and aqueduct. After the Romans, it were the Moors who settled and who turned Corboba in a glorious city. It was during this period that Cordoba became the largest and most important city, with 1 million inhabitants, of the world. The Jewish quarter and the Grand Mosque are silent witnesses of this precious period. Next in history line was the rule by Catholic king Ferdinand III. Remnants from this period are most churches and monasteries in modern Cordoba. 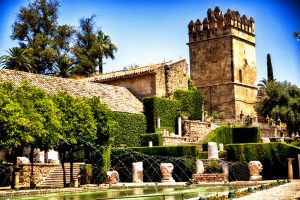 The main building of Cordoba, the mosque-cathedral, is undoubtedly the most important building of the western Muslim world and even one of the world’s most wondrous buildings. The mosque is a perfect reflection of the evolution of the city with a mix of numerous styles: Gothic, Renaissance and Baroque. The building consists of 2 different parts: The Sahn with its porches where the minaret stands string and the prayer room or haram where you find rows of wonderful columns that form a beautiful red-and-white color pattern.

When visiting the city, you also can’t neglect the Alcázar, Castle, from Cordoba. With its thick walls it served as both a fortress and a palace and it is a perfect reflection of the architecture in Cordoba over the centuries. The Roman and Visigoth remnants stand next to the Arab remains of this wondrous building that formed the residence of several city rulers. What immediately catches the eye are the rectangular shape with its long, sturdy walls and four towers. Inside, the various spaces are built around beautiful gardens and squares with exotic flowers, aromatic herbs and green trees. Certainly not to be missed are the Roman sarcophagus and the room of the mosaics, where you can admire a wonderful range of Roman mosaics. Without doubt one of he most beautiful buildings I have ever seen! 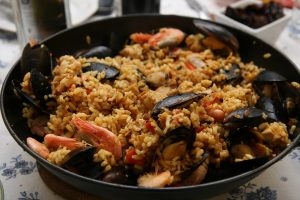 Cordoba’s cuisine is the delicious result of a long tradition that is reflected in its wide variety of dishes, its numerous restaurants, bars and cafés and in the prestige the city has obtained in the gastronomic world. The different persons and civilizations which have ruled the city, have also influenced the current local kitchen. The Romans for example introduced olive oil, which is still the basis of many dishes, the Arab influences on its turn can be found in the use of nuts, dried fruits, vegetables, the mix of sweet and sour flavors and in the cakes and sweets. The Christians finally introduced the culture of fresh meat and retained the richness and culinary aspects of the civilizations that had ruled Cordoba the centuries before. A marvelous mix that brings out the best in Mediterranean cuisine.