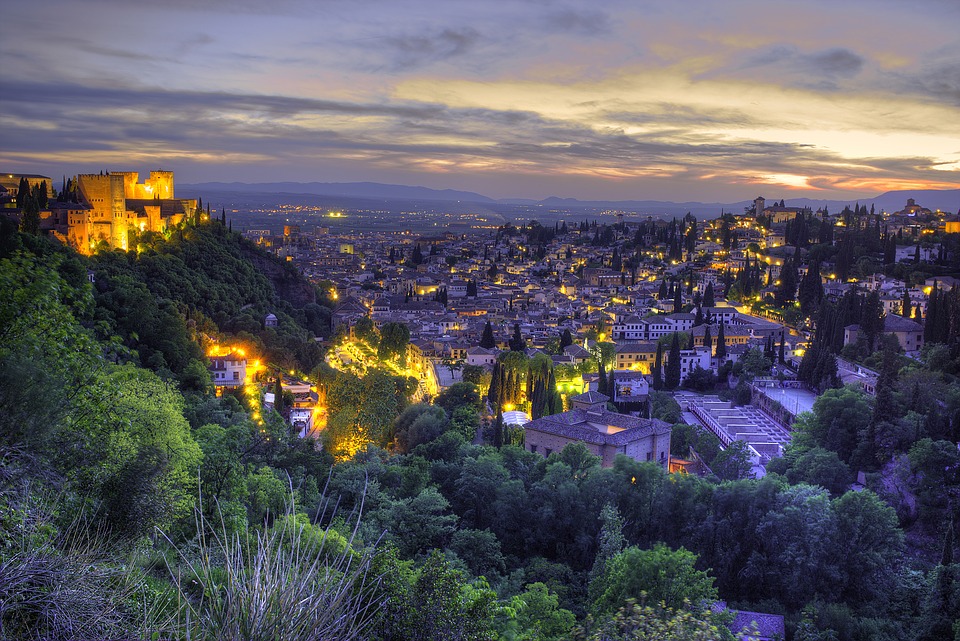 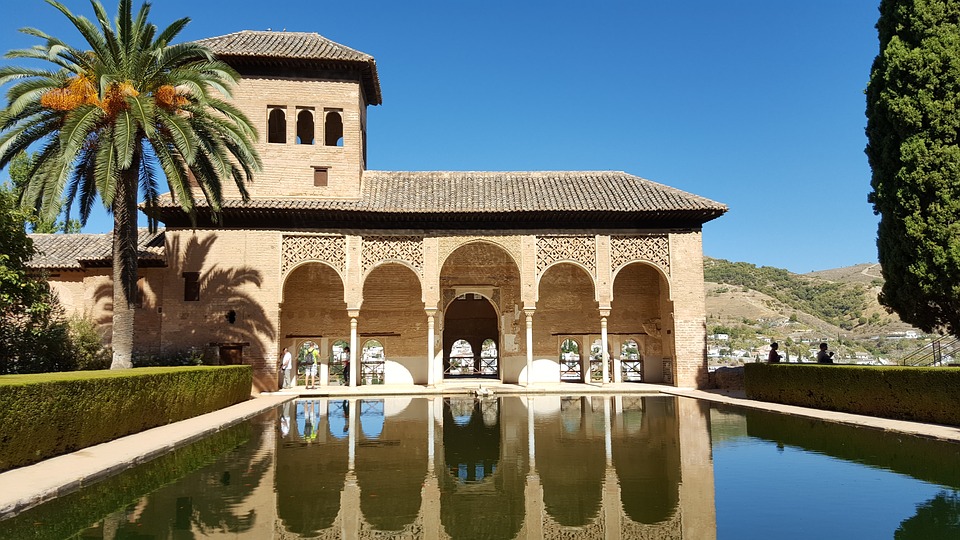 Where has the time gone, you sometimes wonder. Especially when you think about the wonderful travels you’ve made throughout the years. One of these wonderful travels, I have made in the early years 2000 together with my wonderful wife who is still bumping and jumping around in my life. It must have been one of our first trips that we made together… and the destination… that was the breathtaking Andalusia or Andalucía in Spanish. Without a daughter and without a dog, we took the plane to Malaga to start our ‘ Vuelta de Andalucía ‘ with a rental car and a tent. It was a Vuelta to never forget and a Vuelta that made me write the following articles about Andalusia. Lots of reading and travel pleasure! Hasta pronto!

Granada is a southern Spanish town located at the foot of the majestic mountains of the Sierra Nevada. Many visitors return home from their trip to Granada and tell their friends and family that if there is one place you ever have to visit, Granada it should be. The city has about 240,000 inhabitants, of which the 80,000 students create a lively and vibrant atmosphere. Besides the university there is another important employer in the city, namely the Alhambra Palace, a wonderful building that welcomes more than 2 million visitors every year. These visitors are undoubtedly overwhelmed by the splendor of this Moorish gem. People who visit Granada for the first time will also be amazed by the tapa culture that prevails in this city. They are not only delicious but a free tapa is also served for free with most drinks! No wonder that a lot of young people want to spend their student years in gracious Granada.

The first settlements in and around the city originate from about 1500-2000 B.C., when small Iberian tribes settles in this area. Later, around 550 v. C,. the Phoenicians were the first to found a settlement on the place where Granada is now. They gave it the name Elybirge. After a short occupation by the Romans, it were the Visigoths being responsible for the actual growth of the city. The city was also important in military terms and the first Jews settled in the area gave it the name Garnata al-Yahut, which is the first reference to the current name Granada. Next in the conquest line where the Moors who made Granada the capital of the province of the same name.  Catholic Kings Ferdinand and Isabella chased the Moors away and eventually conquered the city. Islam was abandoned from the city and many Muslim buildings were converted into Catholic monasteries, churches and cathedrals such as the present churches of San Miguel, Santa Maria, San José and the cathedral. 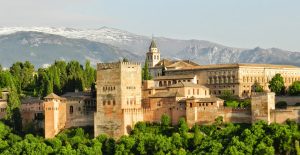 The Alhambra was a palace, a citadel, a fortress and the residence of the Nasrid Sultans, the Nobels of the government, the servants and the elite soldiers of the Nasrid dynasty, the last Islamic sultanate of the Iberian Peninsula. Together with the Mezquita of Cordoba, the Alhambra is one of the most famous Islamic works of art in the world. The location of this wondrous building was chosen by the sultans to ensure they had a good view of their city and its surroundings. The building was not built in one go but is a mixture of different styles and buildings that gradually led to the current Alhambra. It is one of the most beautiful examples in the world of the evolution of styles, tastes and cultures.

Make sure you also reserve a few hours to discover the Albaicín district in Granada. Albaicín is the largest and most characteristic Moorish quarter in the whole of Spain. It has many interesting Moorish landmarks such as the Moorish public baths, the small baths at the Plaza Nueva, the Archaeological Museum and the Mirador de San Nicolás, from which you can enjoy a wonderful panorama of the district and the Alhambra.

With the largest Spanish community of gypsies and the best flamenco guitarists, dancers and singers, you must also plan a flamenco evening in Granada. We recommend the Sala Alhambra, which provides transportation to and from your hotel and food and drinks at the same time, and the Zambra de María La Canastera on the Sacramonte 89, a classic flamenco evening in a typical Spanish cellar. 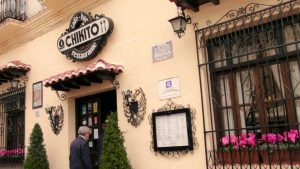 There is so much delicious food in Granada! Please take a look at what we believe are the best restaurants in town.

Chikito at the Plaza del Campillo is a restaurant at the heart of the city where you can enjoy an Andalusian and Granada-style kitchen.

Cunini at the Plaza Pescaderie is thé restaurant in Granada when you want to taste the best fish dishes. It is located near the cathedral and specialties are the quiquillas of Motril, the fish stews and the large menu range of grilled fish.

El Claustro on Gran Vía Colón specializes in local dishes based on local products such as Remojón Granadino, a mix of salad, potatoes, grilled peppers and onion and various dishes with mango and avocado from the tropical valleys surrounding Granada.